We all know that prices rise. Many of us know that it was not always so. Prices were much more stable prior to the creation of the Federal Reserve in 1913, when America was on the classical gold standard. But is this a cause for urgency? If the dollar is losing 2% or 6% of its value every year, this is just another tax. It should be fixed, along with so many other bad taxes, someday. 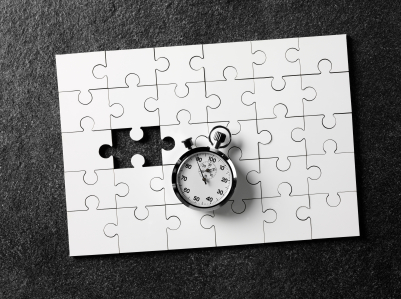 Many economists say that because the money supply has increased so much since 2008, that prices are sure to follow soon. But with so many people out of work, demand is not rising and in some cases is falling. Are prices really going to start rising at 5% or 20% per month any day now? A growing consensus realizes that this scenario is not occurring.

There is a different reason why it is urgent that we move forward to the gold standard: debt.

Since 1971, when President Nixon defaulted on the gold obligations of the government and severed the final tie of the dollar to gold, the dollar has been irredeemable. Most people say the dollar is fiat. Fiat means force, and it is indeed true that the dollar is used only because we are forced to use it.

The dollar is more formally known as the Federal Reserve Note (it’s printed right on every bill). Note and Bill are both words for credit. Prior to the Federal Reserve, anyone could redeem paper dollars for gold or silver. Today, there is no mechanism to redeem them. This means that there is no way to finally pay a debt.

For example, if you owe someone $100 you can hand him five $20 bills. Now you are out of the debt loop, but the Fed owes him. He may deposit it in a bank. Then the bank owes him and the Fed owes the bank. The bank may buy a Treasury bond. The Treasury would owe the bank, and so on.

The catch is that if debt cannot be paid off, it’s not possible to pay off the interest on the debt either. Every year, there must be new borrowing to pay the interest, and more if the Fed wants growth. Indeed, since 1971 the debt has been doubling approximately every 8 years. Recently, the period to double has been decreasing.

Prices could theoretically march upwards forever. There is nothing intrinsically unstable about rising prices. They rose for 100 years and they could rise for another. But debt has a definite limit. It collapses when the debtor misses a payment.

The entire dollar monetary system is based on the attempt to treat the debt of the government as if it were gold. It is not. Gold is not anyone else’s liability and gold cannot default.

The U.S. government is in the same boat as the Greek government in one respect. It cannot pay its expenses including the interest on its debt without additional borrowing. Think of the consumer who pays one credit card by taking out a new card. The situation for the U.S. government is different from that of Greece in another regard. The whole world is still eager to buy Treasury bonds, for now.

It is impossible to overstate the calamity that will occur when the Treasury bond collapses. The Treasury bond is the core asset of every bank, insurance company, pension fund, and annuity. When this asset falls, banks and the others will not be able to honor their liabilities. This is a problem because what people think of as “money” or “money in the bank” is the liability of a bank.

If we do not change course, we will wake up one morning and find that our bank accounts are wiped out. The same thing will occur to our pensions, insurance, and annuities at the same moment. We will not have jobs because our employers had their payroll accounts deposited in a bank. Even if we have dollar bills in our pockets, food will not last in stores for very long, because food production and distribution depends on the banking system.

It is hard to even imagine the kind of dislocation that occurred when Rome collapsed. Some people are prepping for it now. We are fighting to prevent it and transition to the gold standard now. Everyone who loves civilization should join us. Let’s not wait until it’s too late.